January may seem like an odd month to post about urban agriculture undertakings in the Northern Hemisphere; but it’s now that preparations for our community plot are under way. In fact, last January (2013) I first became involved with a new urban agricultural plot in Amsterdam – and inspired by our own resident finch, it’s now called The Curious Finch Educational Garden (its own project blog coming soon…) 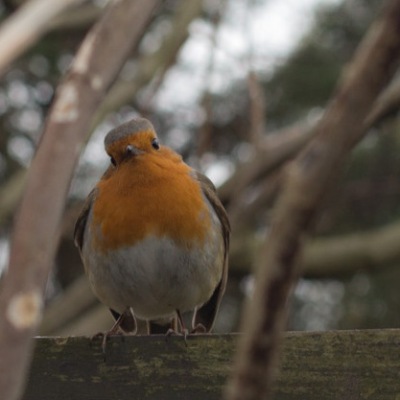 Like many such gardens, The Curious Finch focuses on building community, growing food and growing gardeners. But the educational component is equally emphasised. Throughout the winter and early spring some 20 workshops were offered on topics ranging from seed saving to composting, free for volunteers who committed to work in the garden. The garden also focuses on outreach: to schools, families and “volkstuin” gardeners, about the attributes of growing and consuming local food – the how, the why and the “yum factor”.

Not to dive too heavy into project details, but as it is a new garden, a few logistical underpinnings may prove useful. Firstly, two Amsterdam based local food and farming organisations teamed up: I Can Change the World With My Two Hands and Cityplot. They sought an available plot, the financial support for tools and workshops and recruited volunteers. We are now some 20 consistent volunteers who meet about once a week. With the land secured, the financial support obtained, the workshops scheduled and volunteers recruited, came the next step: prepare the garden.

Already in January we started to work on the beds. As it was a new garden, each bed had to be carefully turned, several trees trimmed, berry bushes transferred, wood chips brought in for garden paths, the old compost bin emptied and weeds removed (even in January). January started out warm, but quickly cooled off, making the process of turning
the (frozen or muddy, and thus heavy) beds over a greater challenge – long into April.  Finally in May and June the sun arrived. We could finally go from gardening in snow boots to rubber boots, and fleece to T-shirts.

With each bed dedicated to a specific technique, workshops were organised with field experts in two parts: a theoretical lesson and planting lesson – such as the use of “preparations” in biodynamic
farming. (Remember, we’re city folk, so while many of us had some gardening experience, we all had something left to learn!)

Once the beds were planted, we eagerly watched them grow – which with a cold spring and a warm sunny summer, started off slowly but quickly caught up. As crops were harvested, additional seeds were planted, ensuring a constant supply of garden goodies. To celebrate,
several garden parties were organised: from the initial harvest to the final harvest, featuring whatever was currently available from our garden menu.

Our final garden party occurred in late September. We harvested the remaining treats, cooked our meal and prepared next year’s garden – what the beds would entail, how to improve community outreach and to work together with and learn from other community gardens in  Amsterdam.

Amsterdam, I’m told has some 50 urban agricultural initiatives across the city of various size, scale and purpose. (And this does not include backyard gardens or roof gardens, like my beloved balcony garden.)  While the harvest party marked the official “end” of the growing season, the garden still had to be prepared for winter – the soil tilled, plants weeded and cover crops sowed.  Gardening Saturdays lingered into late autumn and early winter to prepare for the next season.  Full circle…